This is a month late but better than nothing. I'll spare you boring stories of paddling through the mangroves and camping on keys on the edge of the Gulf of Mexico and close encounters with the marine life. The three days we spent in the glades was a completely new and awesome experience. If you want the long winded versions, i'll gladly talk over a beer and tell you of my plans to return again. Maybe then we'll even know what the heck we're doing.

Some friends and I had loosely hatched plans earlier in the year to make a trip to Florida and fish. We had discussed going everywhere from the Keys to the Everglades and many places in between on both coasts. Nothing was ever pinned down before the game of life threw me a slider. My father lives on the east coast of Florida and part of my plans would be to spend some time surfing and eating seafood with him. Dad got mixed up in a bad bicycle accident and was in the hospital for a few weeks and I drove over there to aid in his recovery. Many hours were spent with him sitting in hospital rooms but I was able to sneak off at the break of dawn most mornings and explore new places. 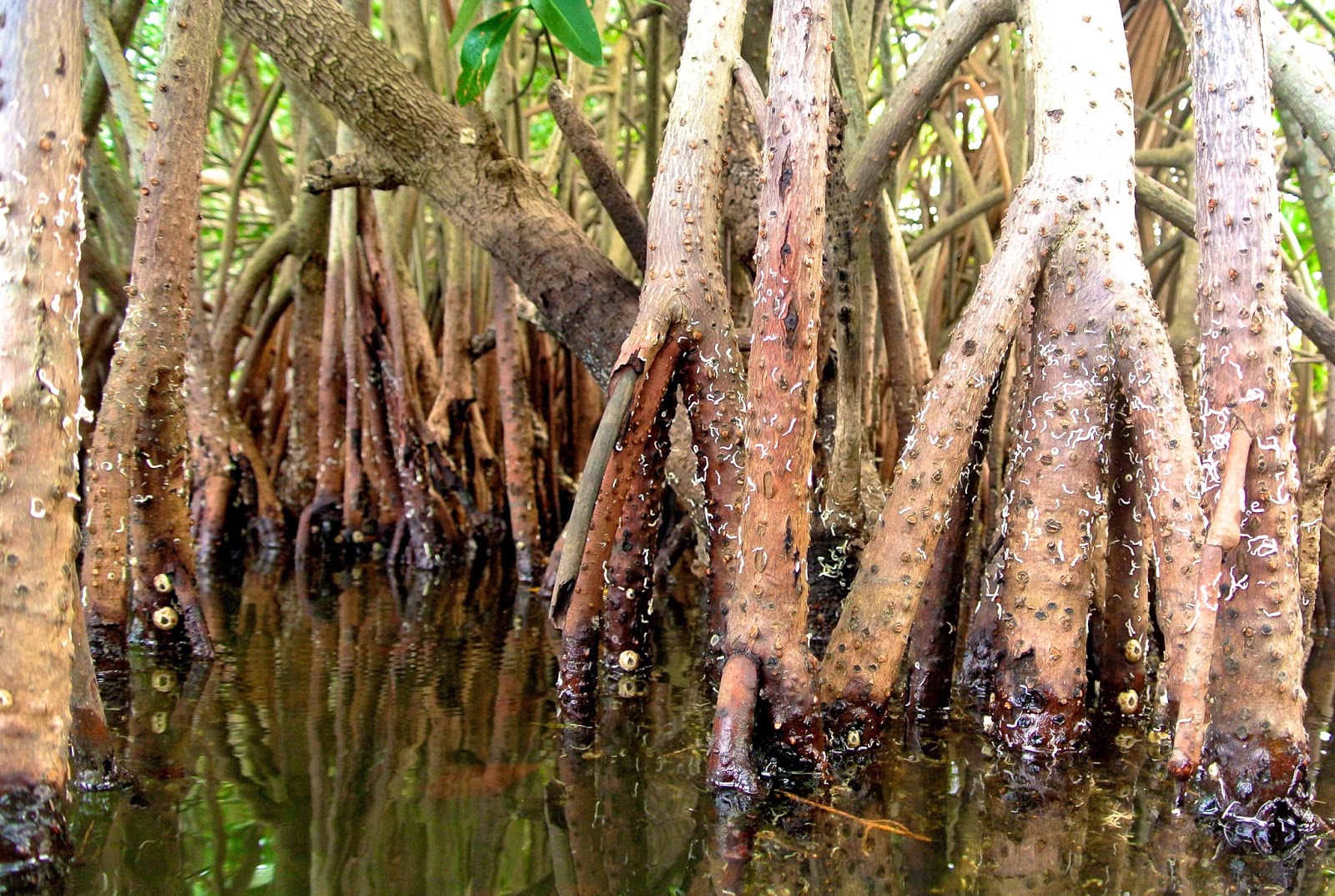 I've spent the better part of the first split waking up at ungodly hours and putting miles on my VW and waders. Some mornings have been fantastic and others just an excuse to drink coffee and sit in the mud. Every hunter is hoping for cold fronts, north winds and nasty weather. Let the grand passage continue and hope to have a successful second split. 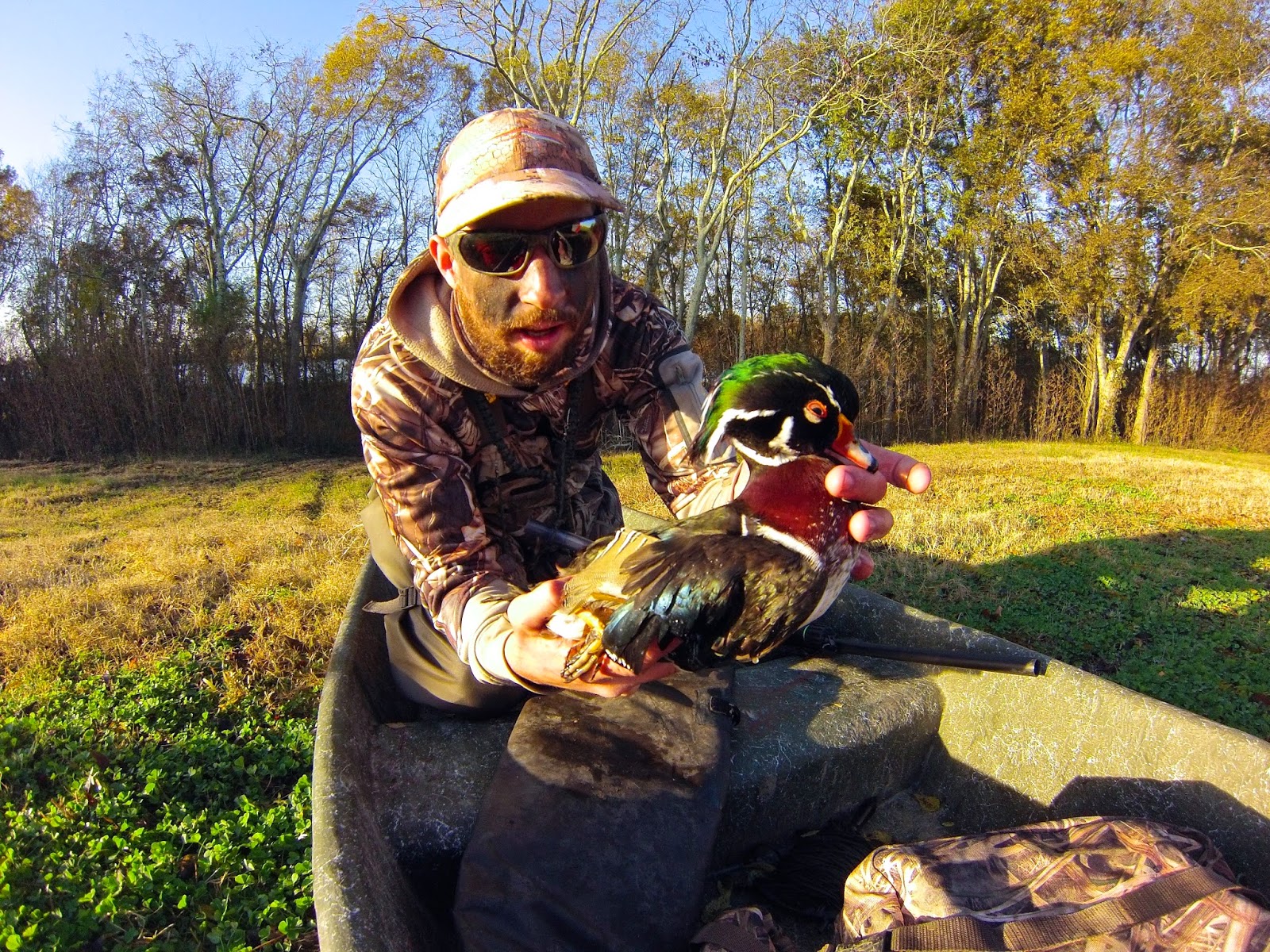 Every year around this time, shortly after the first cold snaps of the fall, the sleeping bags and packs come out of the summer hibernation. Ruthie and I took a friend of ours to Eagle Rock to earn her patch. All of the goals we had planned were executed with precision. We only had about two and a half days to make the six hour drive both ways and finish the 26.8 miles. While trying and be back at a decent hour to get up for work monday morning. One of my goals was to catch a fish with my tenkara rod somewhere along the Little Missouri River. We parked and hiked to Winding Stair the first night and I had about twenty minutes to fish before sundown. A few of the fish would charge the fly and stop just short. A fingerling sized hybrid bass ate the wooly bugger as I was drifting the fly and walking down the riffles.

For the past seven and a half months our Lafayette Kayak Fishing Club has had a catch-photo-release tournament going on. The tournament opened March 1st to all club members with a simple format. Catch a redfish, trout, flounder, or bass, take a photo on a measuring board with tournament token and release the fish back into the water. Once the tournament was announced I was very excited because this format suits my lifestyle much better than one day events. Fish when you like, from a public place, catch some fish, take some photos and have a chance at winning a kayak among other prizes. 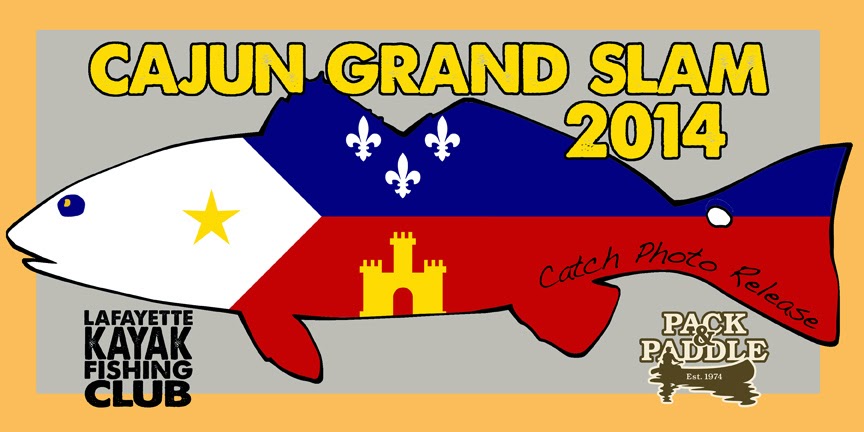 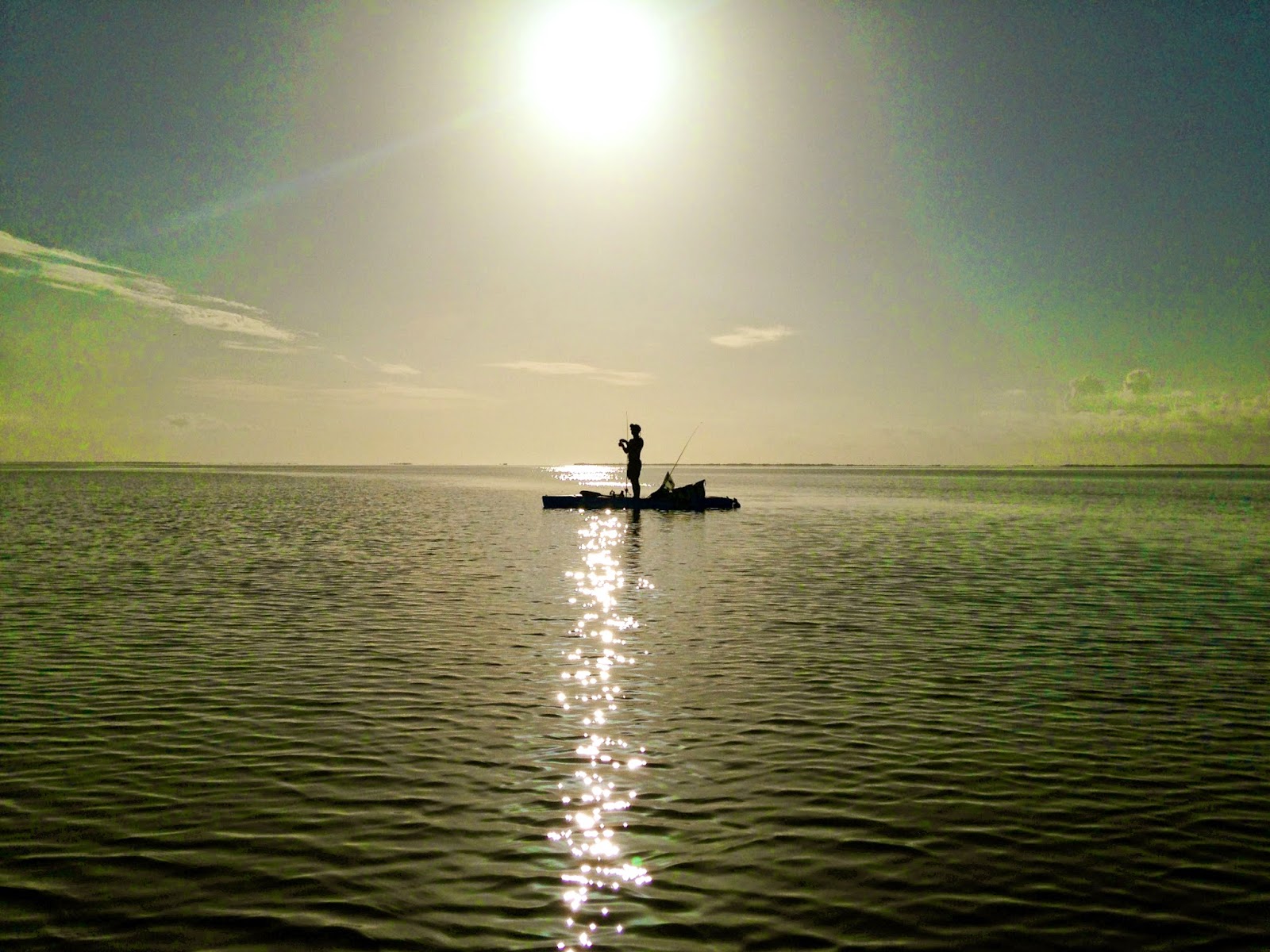 I'll start off by apologizing to the handful of readers for the apparent hiatus. I spent a few days more than two straight months offshore working. My work season isn't completely through but it has been slowing a little.

In recent days I have finally made it home and had a chance to get back to the water. The plan started out innocently enough out of a need to upgrade my trout and flounder for the Cajun Grand Slam Tournament going on right now. I'd convinced a buddy of mine to play hooky from his morning gig and promised to have him back to the house by 4pm and be on time for his evening job. The weather seemed nice enough to make a trip to West Cove before it's shut down for the next six months. The plan was to make it to some reefs for sunrise and be clicking topwaters over slick calm conditions only to be interrupted by angry trout. 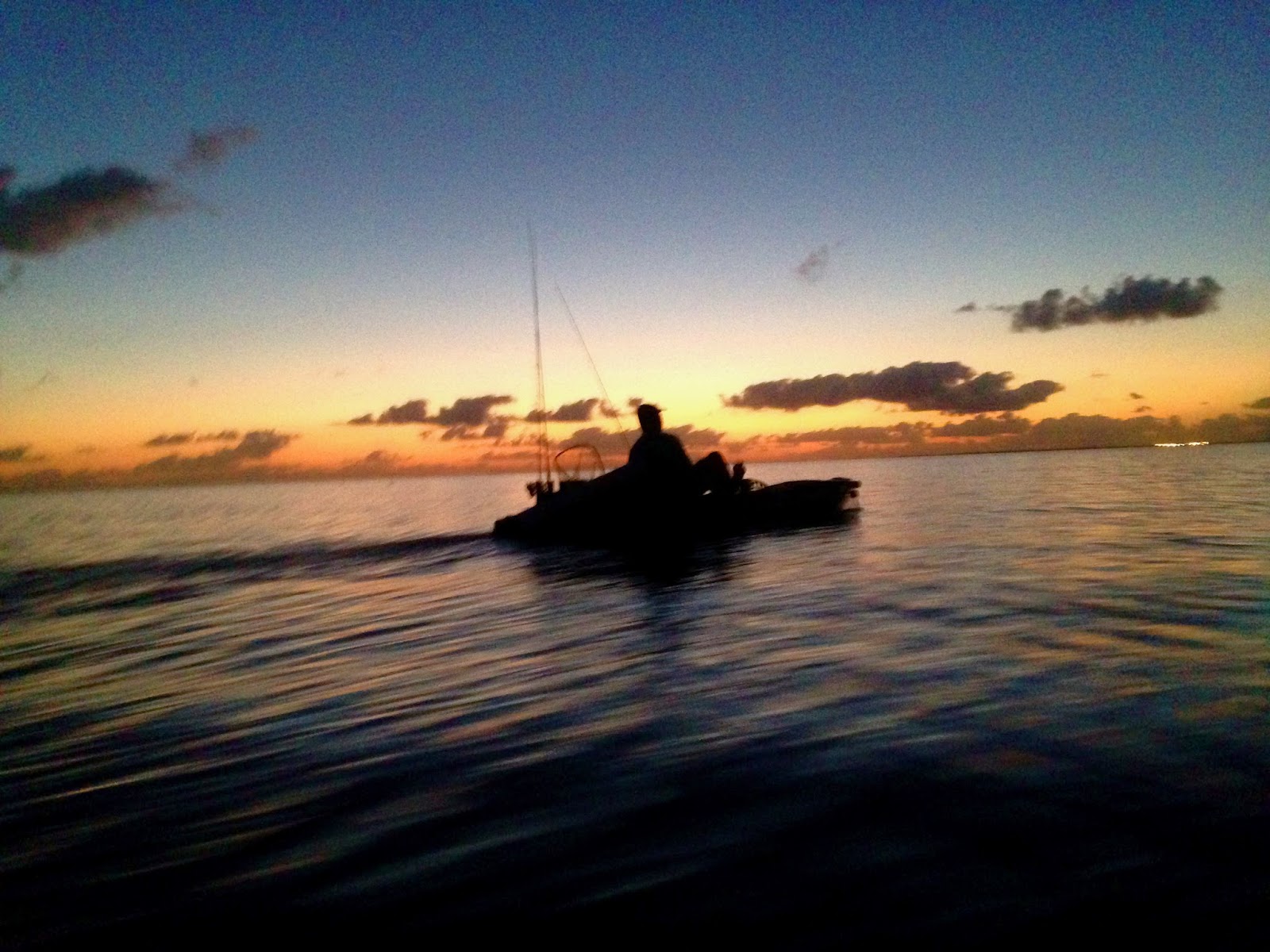 I'd been decompressing from a dive in the chamber for an hour or so and started flipping through some old pictures from my 2012 thru-hike. I'd overlooked a good bit of the panoramas I shot along the way. They may look like all the same mountaintop views to you, but they bring back a flood of memories to me. I usually loathe the overuse of filters on photos, but for this purpose I felt like some of them matched the mood of the scenery. All of these were shot and edited on an iPhone. Unfortunately they don't transfer well onto the computer screen. You'll just have to use your imagination.

Have you ever felt like the forces that be are trying to stop you from making that trip you have really high hopes for? This is my story... 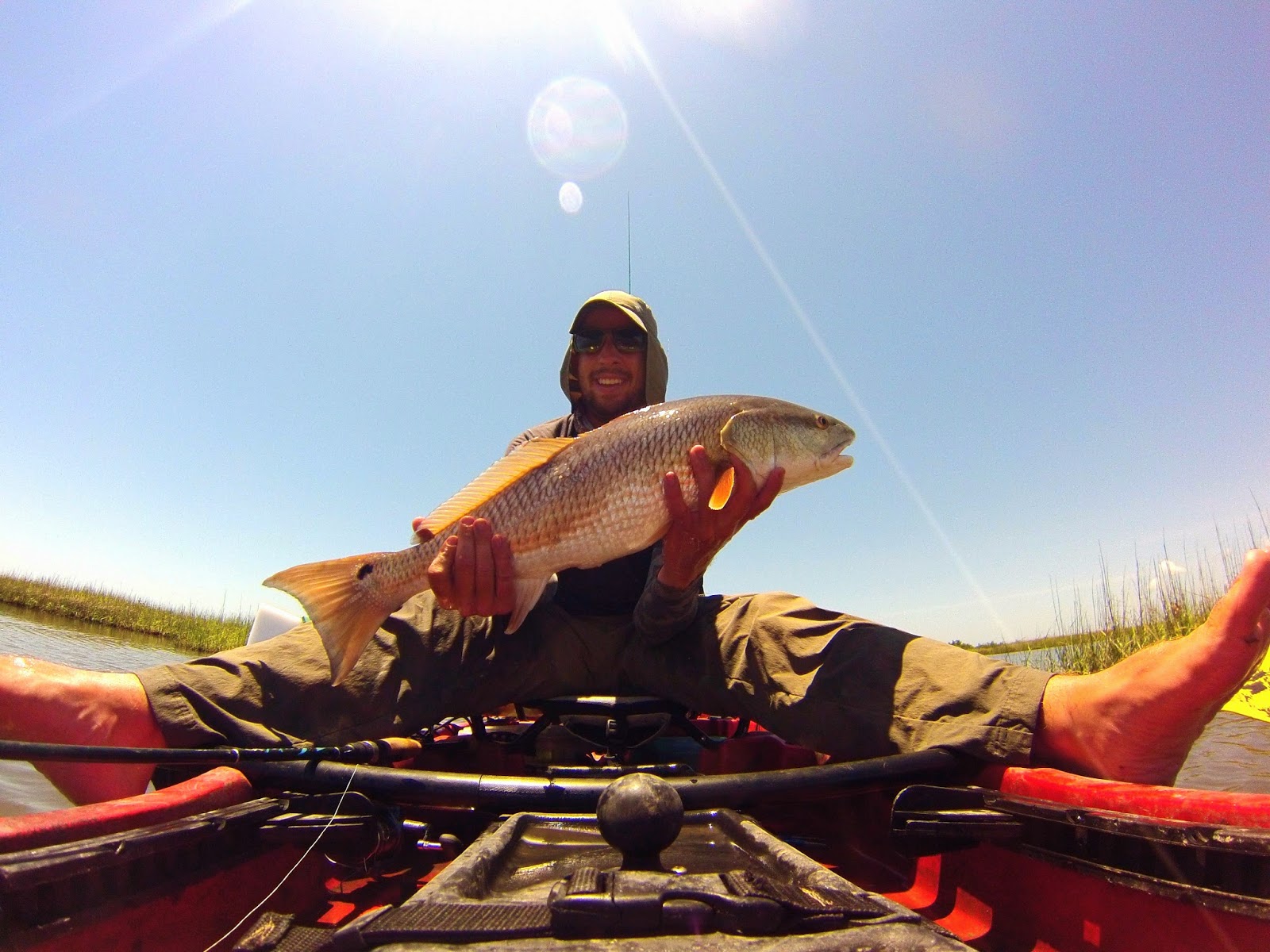 Been too long for detailed reports, photos will have to suffice. 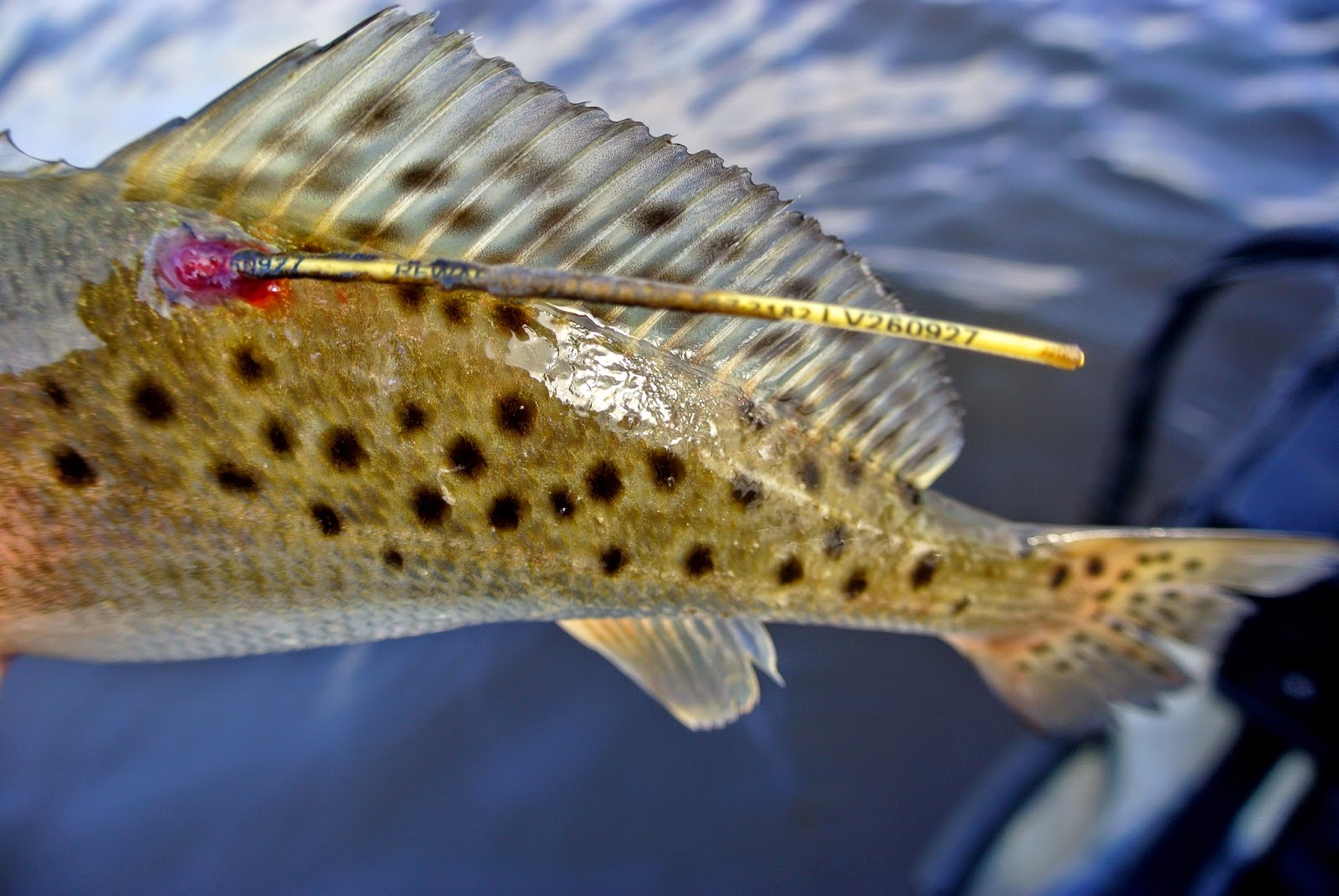 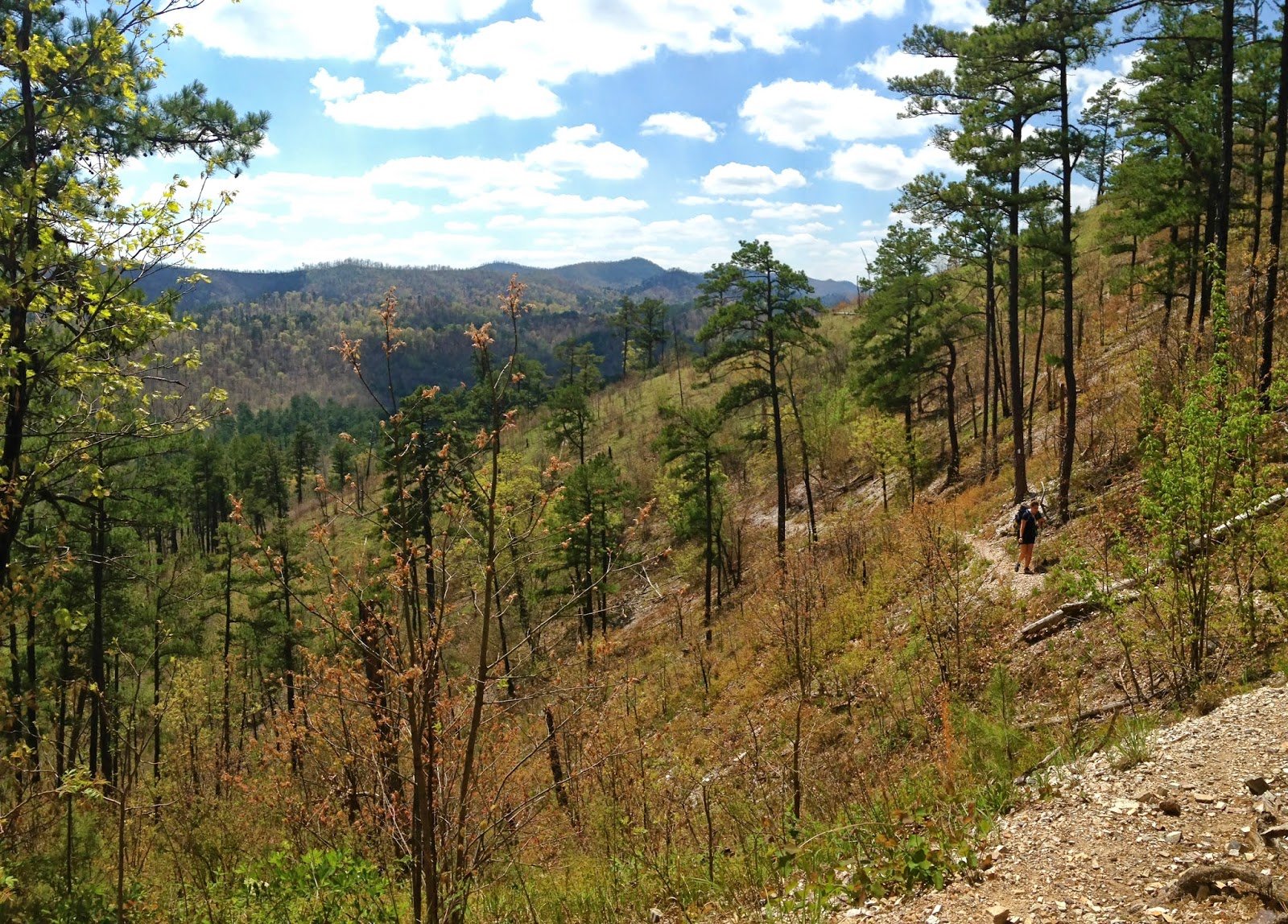 Ruthie and I finally made it back to the Ouachita Mountains in southern Arkansas for a hike around the Eagle Rock Loop. We arrived late on thursday night and realized it had been a year and a half since getting back to the Little Missouri River and it's surrounding cliffs and streams. We set up the tent with the help of the car's headlights and slept in the parking lot adjacent to Little Missouri Falls.
Read More, Come on...
2 comments:

With all of the bad weather we had for the first part of the new year, it left plenty of time open for some sewing projects that have been floating around in my mind. A few online transactions later and a number of hours measuring, cutting, stitching, and re-stitching later there are a few creations of my own hand in my gear arsenal. I like how i'm finally getting around to posting about his crap in april now that I have been spending a bulk of time outdoors again. 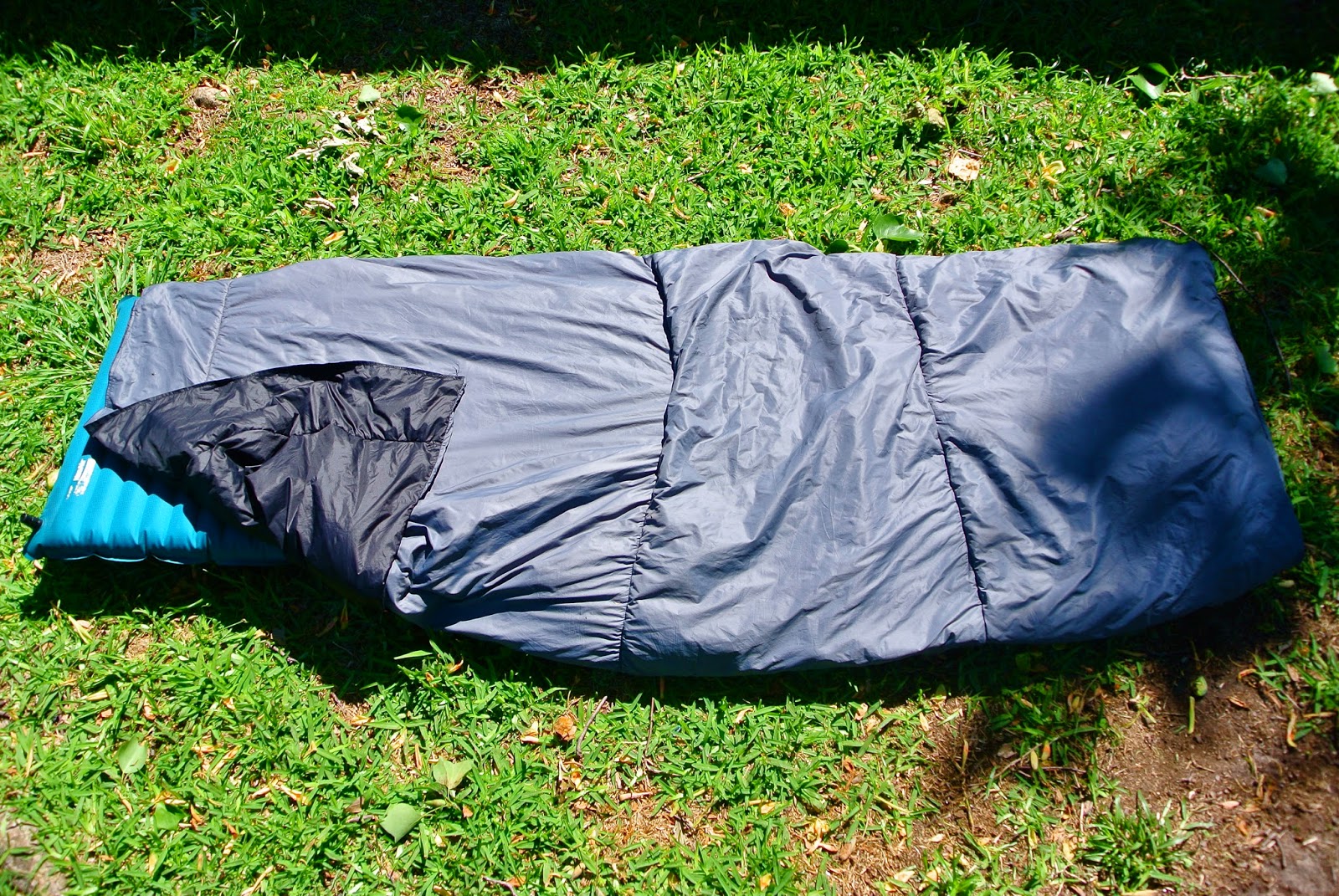 South Louisiana finally has the monkey of old man winter off of her back. Water temps across the state have risen and stayed above the "sit still to stay alive" zone. Strong march winds and work have kept me from fishing a lot but I have made a few trips lately. My buddy Scott and I made a trip to and he enticed two gator trout to eat some supper. The big female is still swimming today. 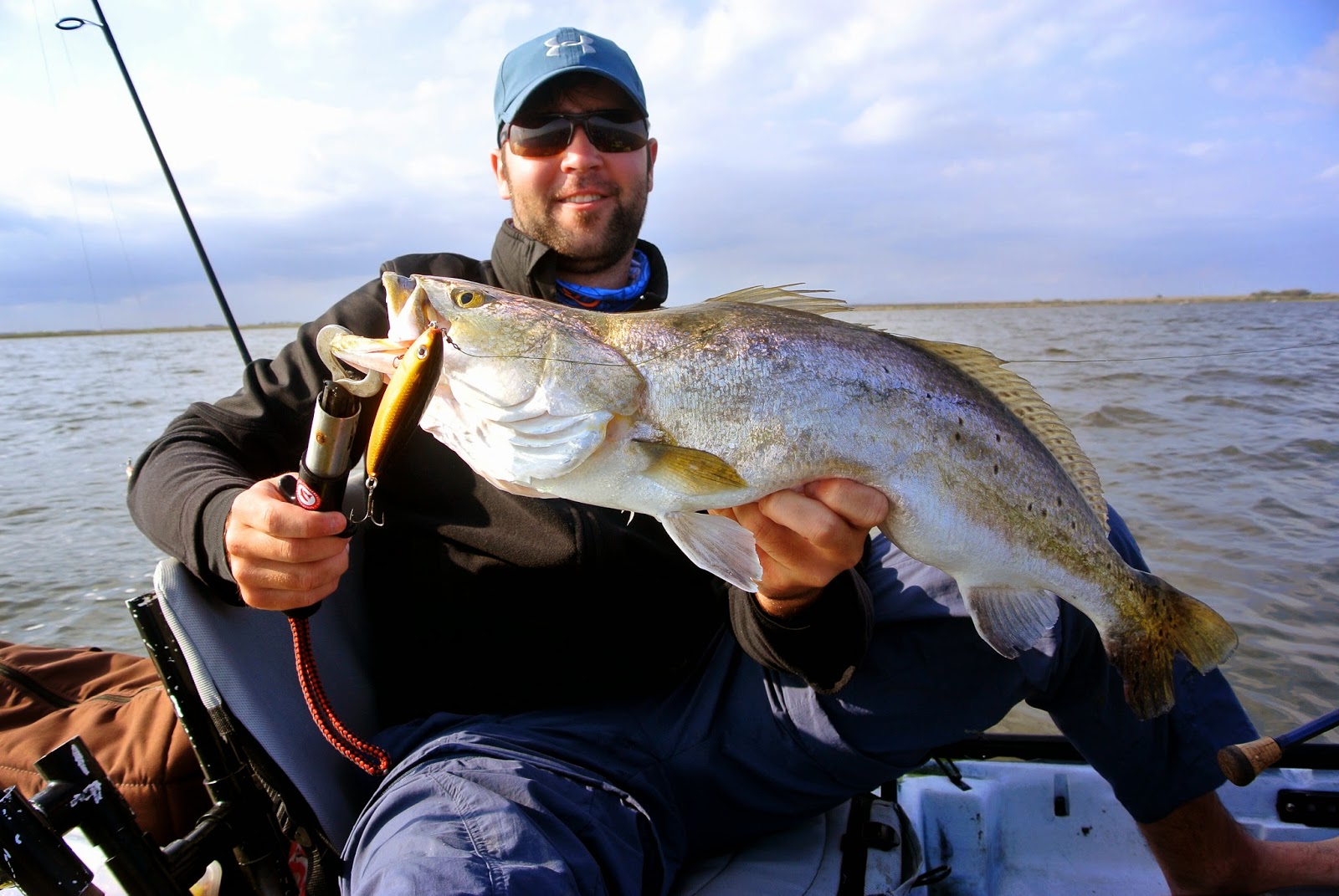 For the past few months i've been toying around with the idea of using a fishfinder on my kayak. Fishing this brutally cold winter for speckled trout magnified the advantages I would have by using one. Having absolutely no idea what I was looking at made me take to the forums and internet to gather some intel on what I was getting into. I was tired of pouring over the Louisiana water data sites to try and find current conditions and such. It was time to invest in another piece of gear that would accompany me in open water.

Having no previous experience with fishfinders, I took in all the advice from the guys in the club and plugged them into my brain. I reached the conclusion that I did NOT want a GPS or chart-plotter. Not having this would extend battery life and simplicity. The Lowrance Elite 4x DSI was the middle ground on price, quality and it didn't hurt when I found it on closeout/open boxed item at Academy. So the fishfinder was a go but now I had the problem that almost every kayak fishermen struggles with. Fishfinder mounting....

My biggest beef with mounting was I could not find a simple, clean, and easy way to mount the fishfinder to go between the Slayer Propel and my Revo13. If you have only one boat you are going to use you can rig a transducer in a few different ways including a shoot through, or a scupper mount transducer. The cost of buying all the accessories twice and having permanent hardware and wires was not happening. An over the side mount seemed like the right way to go but there was still the cost of double ram balls, rails, battery boxes, wiring, blah blah blah. I could not think of a way that I could do it cleanly and easily. Then as if Luther Cifers received a transmission from my brain, I stumbled onto the beta testing of a new product from Yak Attack called the Cellblok. 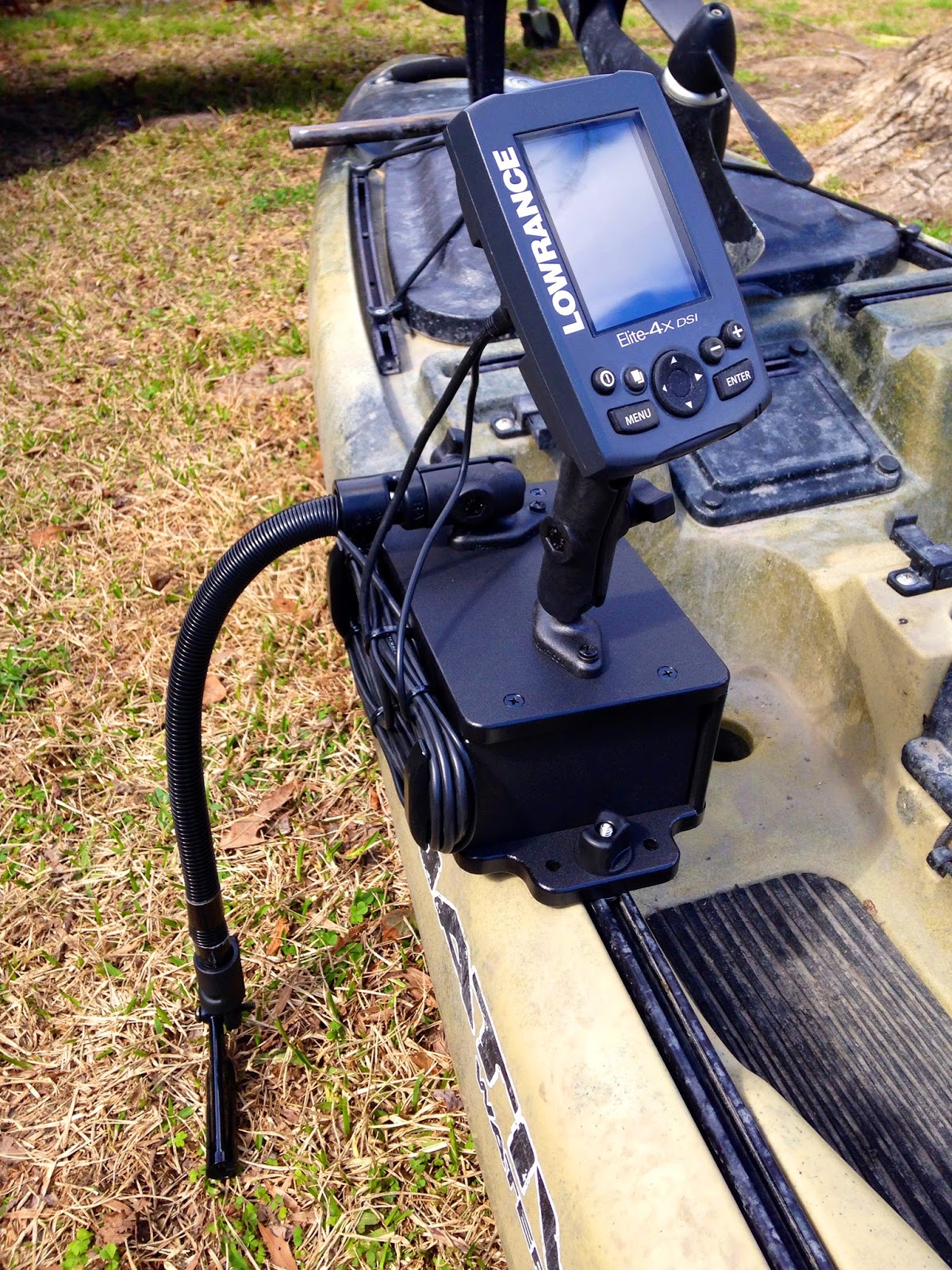 After weeks of unseasonably cold weather the tides finally turned and warm weather moved in. This past weekend was the first tournament for the Lafayette Kayak Fishing Club in Cocodrie Louisiana. This was our version of the "minimalist" tournaments. Doing more with less and putting the skill of the fishermen to test. And if you read on you will see just how much everyone was tested.

Friday me and my buddy Scott did a little bit of prefishing in some pretty fierce SW winds. Steady blowing 17mph was not ideal but I managed to find a slot redfish in a cove tucked behind some tall roseau cane. Did a lot of pedaling around in a few hours time and wasn't impressed by what I was seeing. 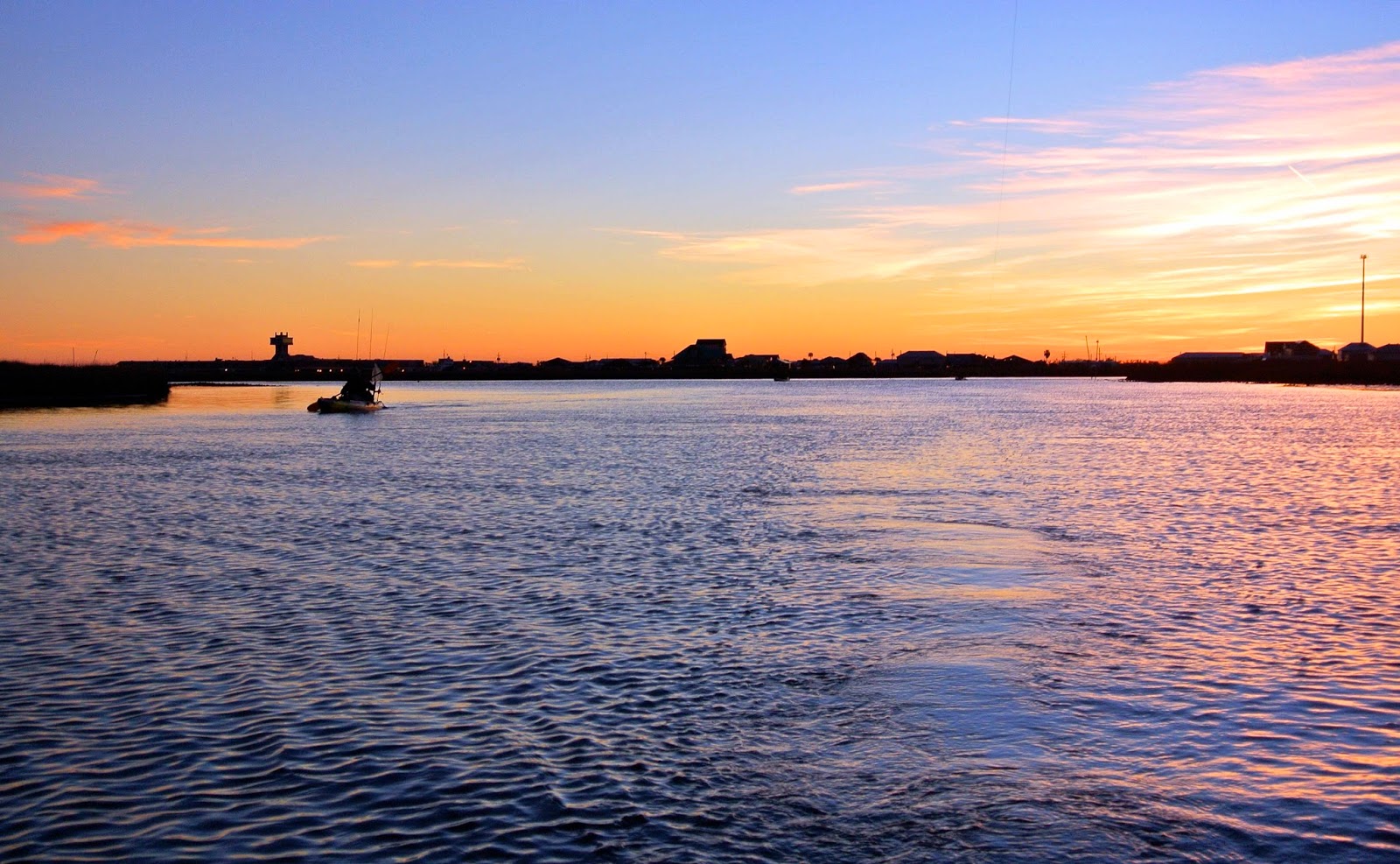 So enough about duck hunting and the utter lack of fishing we've had this winter. I still love getting out in the woods with Ruthie for a weekend. We'd planned to hike for a few consecutive weekends but these "polar vortices" have kept us away. We made the commitment to hike a loop on the Wild Azalea in the Kisatchie National Forest no matter what the weather. It looked favorable going into the weekend with slight chances of showers but generally warming from friday through sunday. 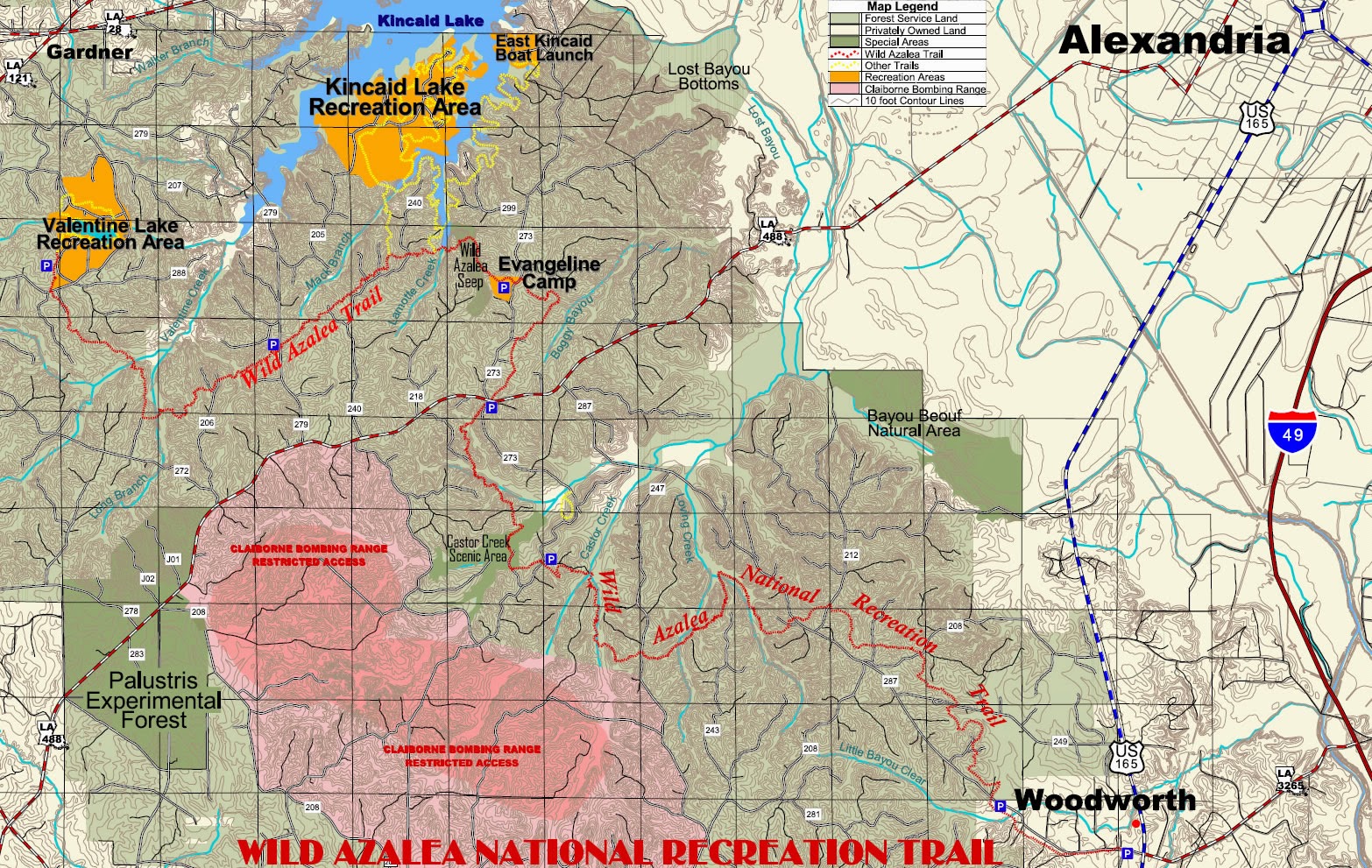 This is the second installment and opinions from a rookie duck hunter blabbing about the gear he used.


1. Decoys and Robos
A dozen mallards. Yup, that's what everyone tells you to start with. This, my friends is not the stopping point. Wood ducks, teal, motion decoys. The dozen mallards may work well if you're inundated with flocks of greenheads but in my limited expereience, variety is defenitely the spice of your spreads life. 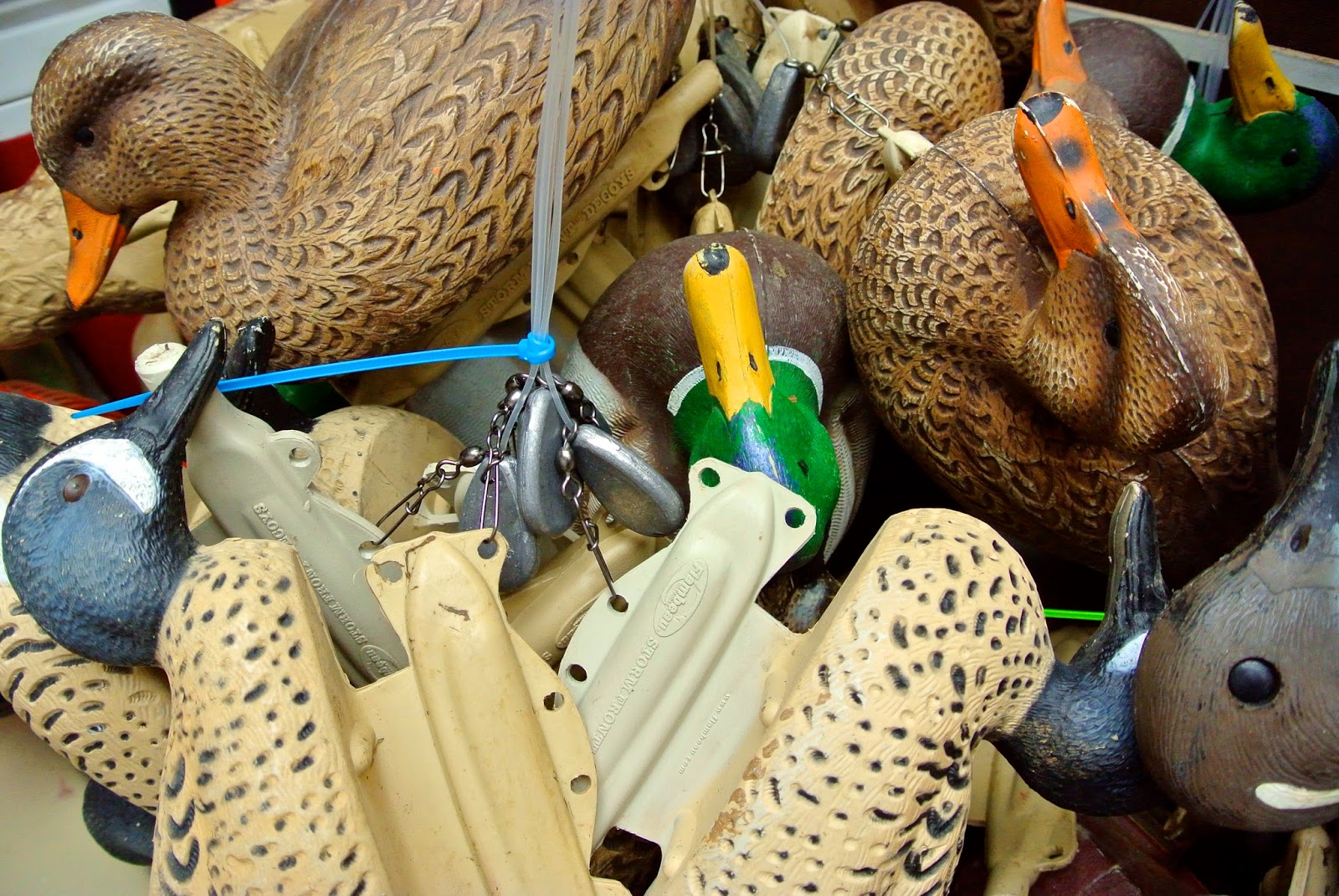 This will be a small series to talk about and review what did and did not work for me through this duck hunting season. Enjoy. 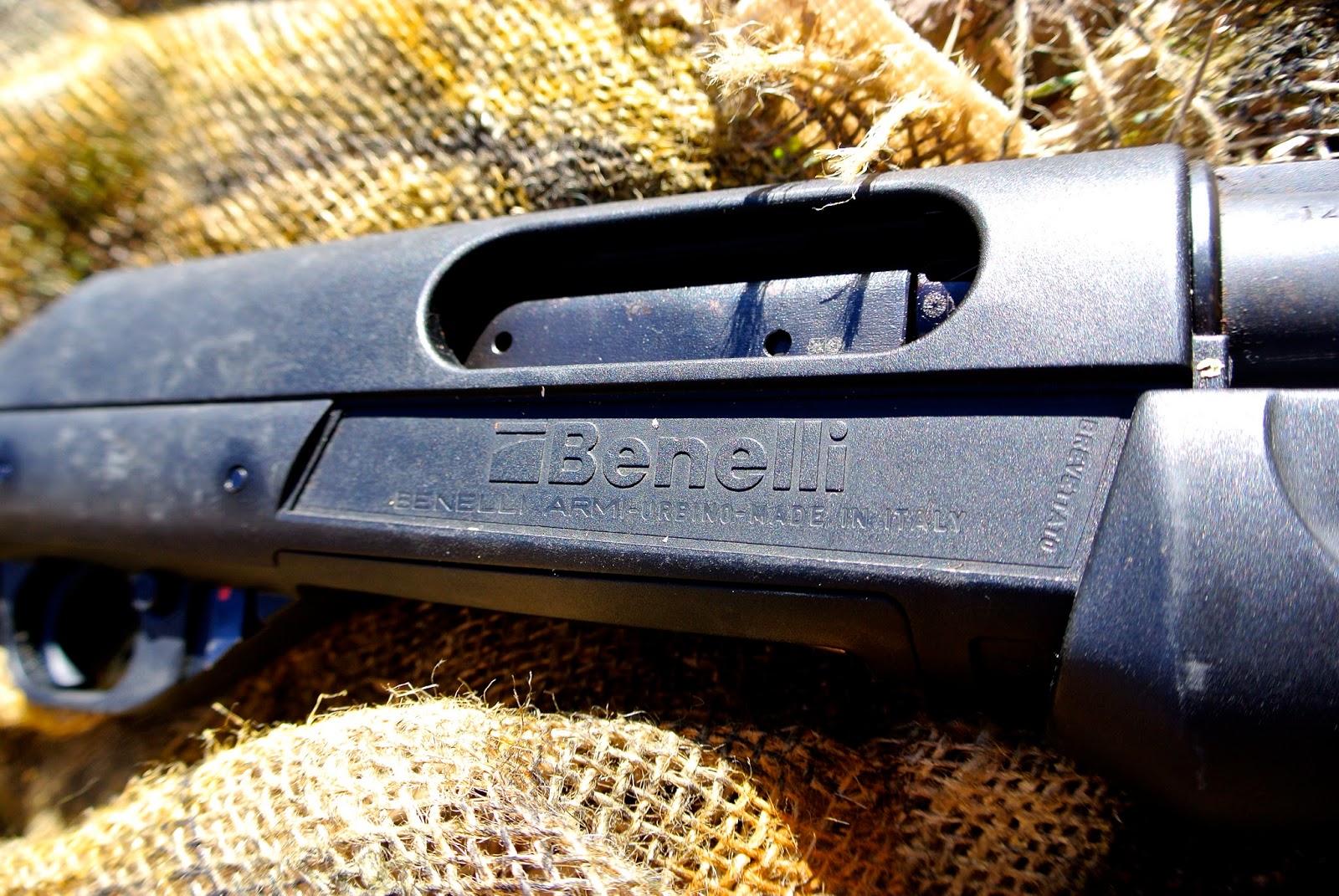 Duck Season is Over...

Duck season 2013-14 is officially over. All wintered ducks that were smart or lucky enough to evade decoys and flock shots are now safe to roam about before migrating north again. For me, it was a huge stepping stone in learning the high art of waterfowling. 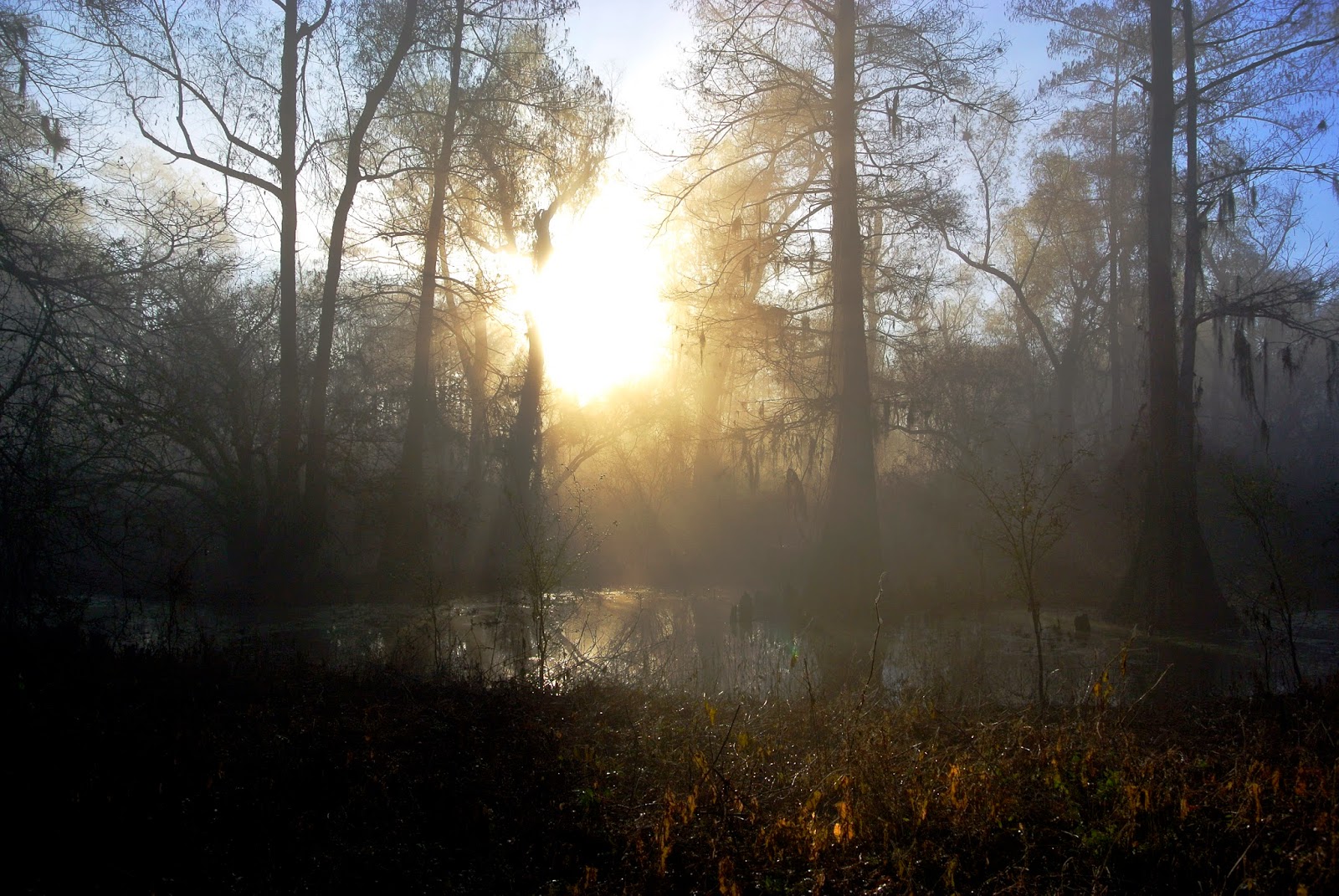 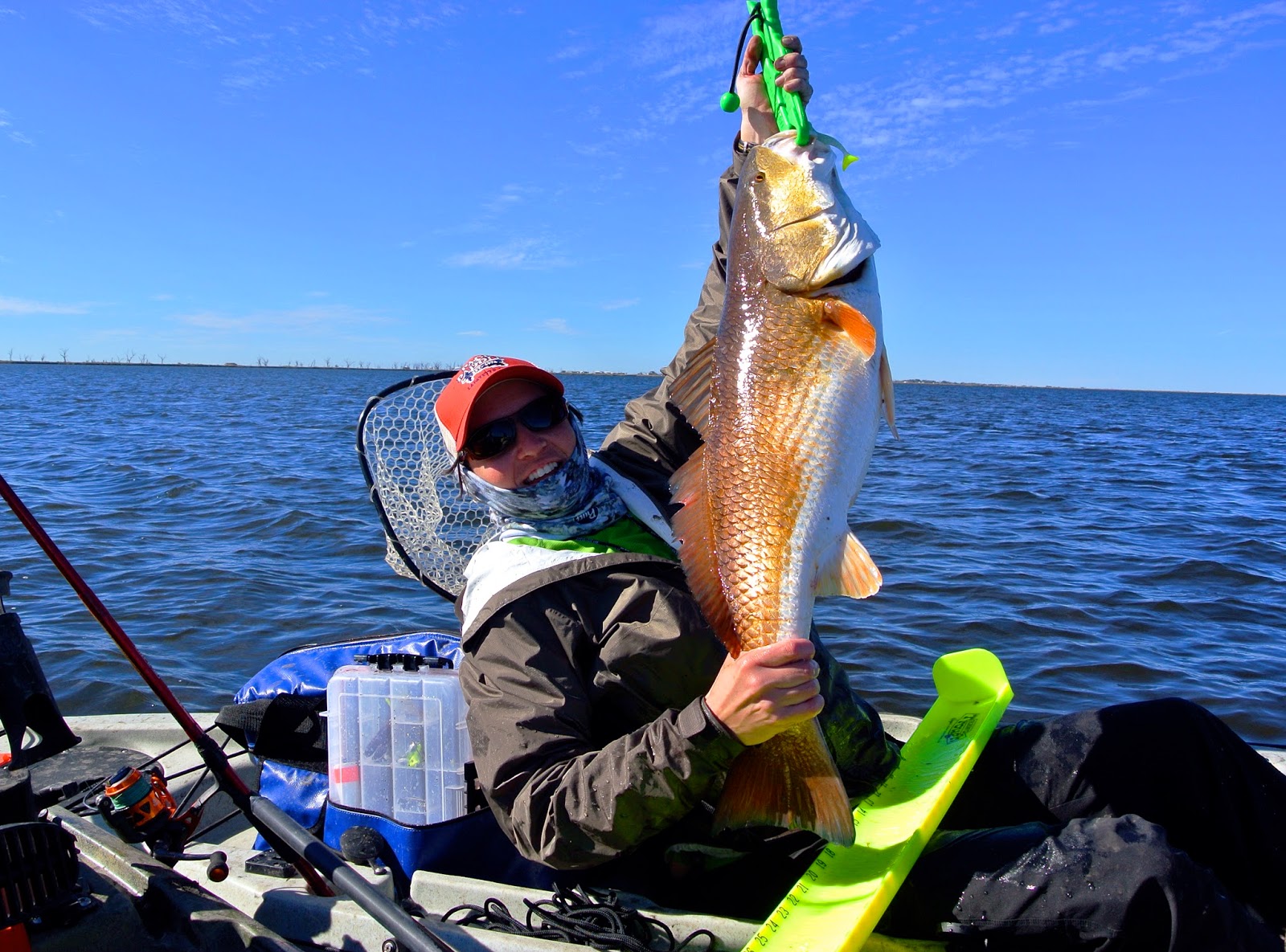 I'm starting to hate that old, bitter man winter. These cold spells keep getting longer and these north winds relentless. Every year at the end of a hot, humid summer, I curse the name of the one that makes it hot and miserable. I now sit and stew over the glory days of summer and the windless afternoons.